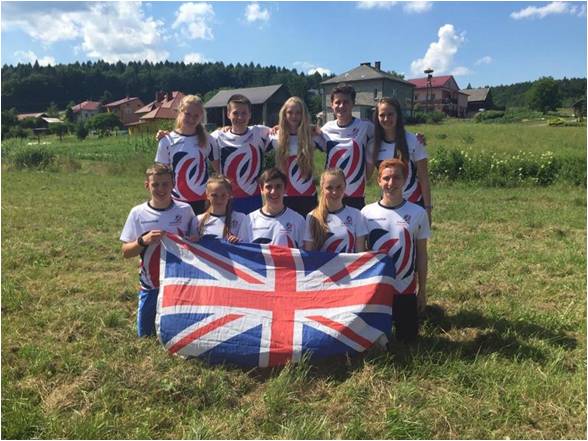 The European Youth Orienteering Championships is the highest level of competition that I can compete in at my age. Selection for EYOC had been my main goal for the past 2 years after being the reserve in 2014.

On 29th June I joined the rest of the team at Stanstead aiport to fly to Rzeszow, Poland, then it was just an hour’s drive to Jaroslaw, the town that the events were based around. We arrived at the youth hostel only to find there had been some confusion with our rooms, so after moving some furniture we managed to cram 5 beds into one room. No one had the best nights sleep since it was very hot, the beds weren’t the comfiest and we were only given one pillow between us five girls.

The first day we spent walking around the town centre of Jaroslaw which was also the sprint area. This area had never been mapped before so to help us with preparation our British Orienteering Talent Squad technical coach, Mark Nixon, had done his best in preparing a rough map using Google street view and satellite images which turned out to be quite accurate. Having this in mind we checked out all the unknown areas of the map including a walled castle area. In the afternoon we went to the model area, which was adjacent to the long area. This allowed us to see what the undergrowth was like and to get an idea of the mapping style.

The first competition was the long distance. I was feeing very excited to get out into the terrain but perhaps a little too excited and not focussed enough. My race did not go to plan at all. I made a very costly mistake early on in the race, which wasted a lot of time. After this I knew I had already blown my chance at a respectable position but I tried to pick myself up and complete the rest of the course as well as I could. Unfortunately I had begun to panic and rush which lead me to make a similar mistake early on on the long leg which wasted even more time. After this I was very frustrated with myself and had lost a lot of motivation to keep pushing but kept going and completed the course.

The next day was the relay day. I was eager to have a better race to redeem myself after the previous day however I wasn’t feeling too confident. Our first leg Emma Wilson (Clyde) didn’t have a very good run so I was setting off towards the back of the field with no runners around me. This was not the best situation to get experience of relay conditions, however it meant I was under no pressure so could focus on my navigation. I set off very slow and tried to put into practice what I had learnt from my mistakes in the long. This included ignoring paths and focussing on contours instead. I also paid a lot more attention to my compass. By doing this I may not have had the fastest run but it was so much cleaner than the day before so I was much happier with my performance. Despite feeling quite slow I was 10th fastest on my leg.

The final day was the sprint race around Jaroslaw. Although Sprint is not my favourite discipline I felt most confident about it since I had done the most preparation for it. I started steady and hesitated slightly on the way to number 1 but kept a cool head. From there I managed to plan ahead for each leg so I always knew where I was going and could run as fast as I could between controls. I would have liked to have been a little faster through the last loop of controls, however I knew I wasn’t as fit as I could’ve been compared to my competitors due to the past 9 months of injury and lack of speed training. They had sneakily added in some temporary uncrossable barriers, which I managed not to get caught out by. My biggest time loss was 18s on #12. I spent a lot of the previous leg trying to decide which route to take. At the time they appeared very similar so I just chose one and ran. Looking back the other route was definitely faster than the one I chose. Other than that, I was pleased with how my race went. I was very relieved to get a top 20 result (17th) after the way the weekend started.

Racing at EYOC was an invaluable experience. I have learnt the importance of picking yourself up after a bad race in order to give yourself the best possible chance of doing well in the following races. This experience has given me a lot of motivation to do well in my next international competition for Great Britain at the Junior European Cup this October. I’m looking forward to a summer of training camps in Wales and Stromstad, Sweden to work on my technique and begin preparation for JEC.

I would like to thank YHOA for the generous contribution towards the funding of this trip as without it I would not be able to benefit from these fantastic experiences. 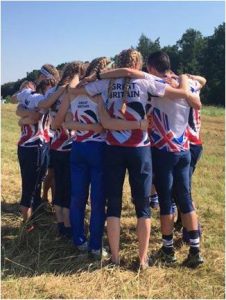 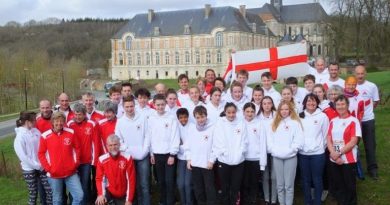