This year’s JHI was in Pitlochry (Scotland), which meant we had a long drive ahead of us. Starting on Friday morning, we drove up to York, where we met more of the English team and got onto the minibus. Then we drove for a long time, stopping at Edinburgh airport. We arrived in the backpackers lodge at around 6:30pm.
For dinner, we were allowed to roam around the town. I had chinese takeaway which was nice. We also had a briefing about the individual competition the next day.

DAY 1: Errochty
For breakfast, there was a range of cereals and pastries, and to make lunch we had bread and a wide range of fillings and snacks.
The drive to Errochty was short, and because I was one of the first starters I warmed up and headed straight to the start. The first part of my M14 race was hard work because it was straight up. The terrain was tough and I made some small mistakes with a 3 min mistake on the second to last control.
After the first day we were behind Scotland. The afternoon consisted of some chilling time before it was time for the Ceilidh and food. The food was nice, chilli and jacket potatoes and the Ceilidh was great! 2 hours of dancing with most people getting involved.

DAY 2: Bonskeid
Unfortunately, Angus had injured himself on the first day so Frank and I were put in an ad-hoc relay team with Quinn from Wales. Nevertheless, we all had good runs and placed 7th. Overall, the English team could not catch the Scots so we had to settle for 2nd place. It was always fun though and I’m sure everyone had a great time!
Then we had the huge drive back, stopping at services for food.
Thank you to Nev and Jacky for driving us all that way, and to the YHOA for giving me a grant to help attend and run for England. 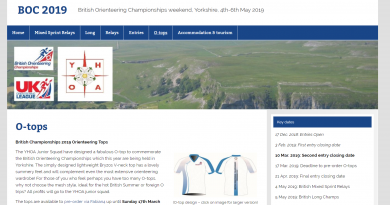