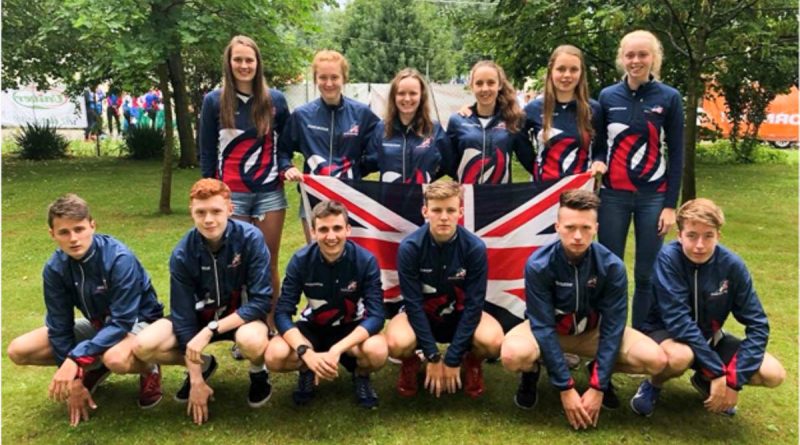 The Junior World Championships (JWOC) 2018 was held from the 8th – 14th July and it was based in a small city called Kecskemet in the Hungarian countryside.
My main goal for 2018 was to be selected to represent Great Britain at the JWOC. This goal had been far from easy to achieve since I had been suffering from a shin related injury since November, which had severely limited the running and orienteering training I could do.

By the time selection races came around I wasn’t feeling confident at all. I was nowhere near as fit as I wanted to be and my shins were still not improving. I didn’t have any disasters in selection races but my lack of speed held me back leaving me on the edge of making the team. I didn’t think I had done enough. I had already been out to Hungary twice in the past six months for two weeks of training camps. I felt technically well prepared for the very unusual terrain, which made me want the opportunity to race there even more. When I got the phone call to say I’d made the team I couldn’t quite believe it. I had already started to think about what to do with the spare time I would have if I didn’t make it. Luckily my shins became less painful in the weeks leading up to the competition so I got some last minute running and orienteering training in whilst being at home.

We flew out to Hungary four days prior to the first race in order to acclimatise and used the model areas to familiarise ourselves with the unusual terrain.
The first race was the long distance. At 10.2 km, this was the longest women’s race in the history of JWOC due to the speed of the terrain. I wasn’t too nervous on the morning of the race because the long distance wasn’t the race I was focussing on. I knew it was going to be very fast so even if I had a clean run it would be unlikely that I would be up there with the best due to my lack of training All I wanted was to minimise my mistakes. I started well taking the first control steady, however my performance quickly went downhill. I started to rush and kept making significant time losses at each control. I executed the long leg well but continued to lose time on the shorter legs. I then completely lost contact with the map on the way to control 7 and ran around for a good 10 minutes trying to relocate. At this point I began to panic. I glanced at my watch, which I don’t normally do when racing, and saw that I had taken longer than the estimated winning time already and I wasn’t even half way! This being the first race of 6 I began to think that maybe it would be best to save my energy for the following race which suited me better, instead of carrying on in the 30 degree heat only to get a result I would be disappointed in. Retiring was a very difficult decision to make. I was frustrated that it had been my navigation that let me down rather than my fitness. Looking back, I am still disappointed to not have completed the course well but I think stopping the race was the right decision given the circumstances.

I had to quickly put my disappointment behind me and shift my focus to the next days race, the sprint. I was more confident for this race but I was still nervous after the previous days result. As soon as I picked up the map I saw how technical the area was. They only used a small section of the embargo and had added some artificial barriers to block off obvious route choices. This meant you had to be focussed at all times and there was no time to plan ahead. My race was going well. I had navigated through the first tricky sections and I was approaching the arena run through. I made a mistake just before entering the arena but held it together. I spotted where I thought the spectator control was at the start of the arena passage. I’m still not sure exactly what happened but I must have started planning ahead, as you should in the passage where you don’t have to navigate. I finished the course, relieved to have a result under my belt… until I checked my splits. I had only gone and run straight past the spectator control without punching!
I was in shock. I couldn’t quite believe how I had started the first two races of JWOC and still not got a single result. I had spent the whole year training and preparing and I had nothing to show for it. After a rather emotional phone call home I pulled myself together to watch my other teammates come in.

Throughout the rest day I did my best to put the past two days behind me a focus on the Middle Distance Qualifier the next day. The middle area consisted of intricate sand dunes covered with a dense network of Juniper bushes which required labyrinth style orienteering and some thick skin to bash through the prickly branches. This was the race I had been focussing on and felt the most prepared for. The terrain suited me more since it was very technical and speed was massively reduced. In the qualifier, the competitors are split into three heats and the top twenty from each heat get through to the A final. I knew I just needed a clean run and I should have a good chance at getting into the A final which was my main aim for the competition.
Initially when I picked up the map, I was a bit worried because there was less in the tricky bushy section than anticipated and more in the fast white forest. I quickly adjusted and tried to pick up the speed when I could. When I finished all I could do was wait until everyone was in. It was close. I was 18th in my heat so I just made it! This was just what I needed to pick myself up again and get some confidence back. I was excited for the final.

I had a good start, taking it steady and safe through the first few controls. I caught the Swedish girl who had started ahead of me – even the best were making mistakes. I lost some time in the middle of the race when I lost contact with the map but I didn’t let it get to me and I refocused. A Swiss girl caught the Swede and I but we kept splitting and regrouping as we worked our way through the bushes. Through the spectator loop they picked up the speed and got away. Unfortunately, I started rushing and then had a big three minute time loss on the penultimate control. This was very frustrating as I know it would have been well within my ability to get a top 40 or even a top 30. Despite this I was still happy that I had given myself the opportunity the race in the A final.
The last day was the relay. Being in the B team there was slightly less pressure but I still wanted to have a clean run and see how well we could do. My first leg runner came in quite far down in positions but not too far down in time. I ended up running on my own for much of the course. I was happy to find out I’d pulled us up 10 places! My last leg runner then continued the good work to bring us home in 20th and 5th B team.

JWOC was far from what I had hoped for but I learnt a lot of lessons all the same. I’m extremely thankful I had the opportunity to compete as it’s given me so much motivation for next year, my last year as a junior. I’m also very relieved that I haven’t had any injury issues since competing and have enjoyed a very packed summer of orienteering including a training camp in Denmark in preparation for JWOC 2019.
I’d like to thank the YHOA for the support they have given me over the years. I could not have got to where I am without it. It allows me to keep competing and training at a high level in the sport I love. 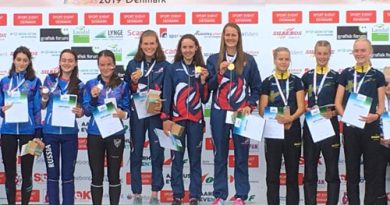 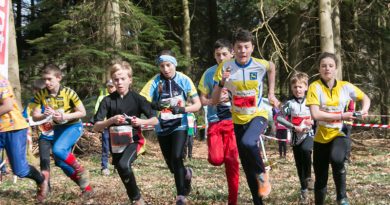 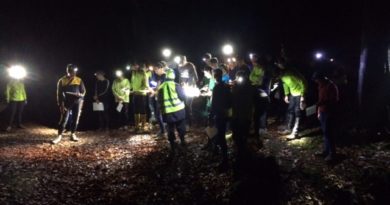